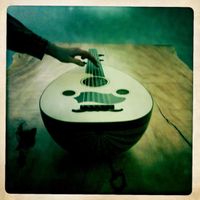 Greek, Turkish & Armenian tavern songs from the early 1900s, heard from Athens & Thessaloniki to New York. The Maeandros Ensemble released albums and performed regularly between 2006-2010. For this performance the old friends come together again to take you back in time to the sounds of the Cafe Aman.